Artificial intelligence is already having an impact on industries from retail to healthcare. 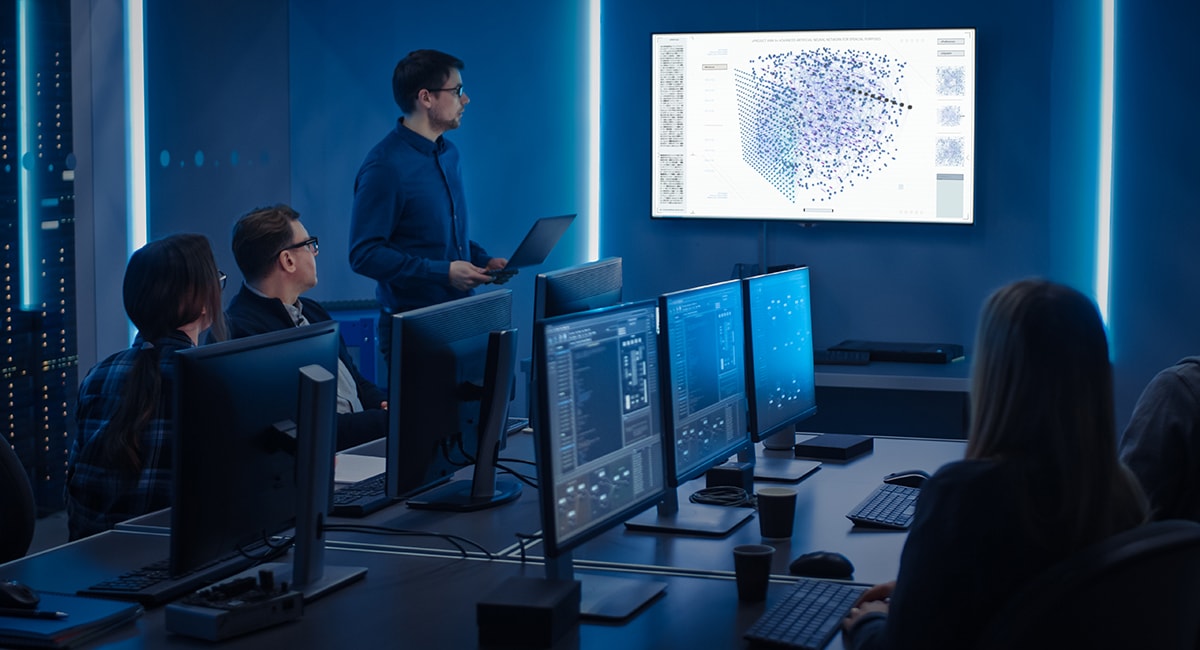 Learn how CDW can help you leverage artificial intelligence and data analytics to make better decisions.

In a reinforcement learning model, trainers set a series of algorithms against a given problem, watch to see which perform the best and then continue to refine the programs as they get closer and closer to the target. In an unsupervised learning model, a large set of data — typically unlabeled — is fed into an algorithm, and the model begins sorting things into different categories on its own.

Neural networks are an example of a supervised AI model. Trainers feed labeled data into an algorithm, teaching it to recognize the subtle changes that distinguish, for instance, a dog from a cat in a photograph. Neural networks are designed to continually learn over time, gradually reducing their “loss” (or miss rate).

Facial recognition applications, powered by neural networks, have the potential to help retailers better serve their customers. By recognizing shoppers and observing their patterns and behaviors, AI tools can trigger targeted offers that enhance the shopping experience and increase revenue. Facial recognition in stores also has clear loss prevention applications. Of course, many people are wary of the prospect of being tracked as they shop, and retailers must carefully consider ethics and privacy when thinking about how to use neural networks.

Along the lines of facial and pattern recognition in picture and video, neural networks can be utilized by organizations that have workplace safety requirements to prevent workplace injuries and alert managers if an injury occurs. Using neural networks for image and video recognition, the model can recognize when workers are wearing personal protective equipment or when they fail to do so. This, coupled with other technology and mitigations, can reduce the number of injuries and potential litigation brought against workplaces that must comply with strict regulations for occupational safety.

Many industries, including construction and retail, depend heavily on logistical considerations that are often moving targets. Neural networks can provide more accurate forecasts for factors such as labor and materials by synthesizing data on current demand, past consumer behavior, existing market conditions and even the weather.

Banks can use neural networks to evaluate loan applications, using factors such as income, education, home ownership and even commute distance to minimize the failure rate of loan applications and maximize the returns for issued loans. In some instances, the failure rate for loans approved using neural networks has already been shown to be lower than that of loans approved using more traditional methods.

We’re already starting to see studies in which neural networks can accurately diagnose certain types of cancer by analyzing medical images — sometimes with a higher success rate than that of physicians. It makes sense: Even the most experienced doctors cannot possibly look at millions of different scans and then remember the eventual patient outcome for each of them. It is easy to imagine medial applications of neural networks expanding over time as more testing is done.

By running satellite imagery and other data through neural networks, the military can automatically detect anomalies that signal potential threats to national security. Detecting these threats early gives military personnel a better chance of disrupting attacks and minimizing damage.

So, how can organizations turn this potential into real value? Often, they need a bit of help from experts. At CDW, when we work with customers on neural networks and other AI initiatives, we’re able to help them more sharply define the problem they’re looking to solve, identify appropriate tools and guide their implementations. For instance, many IT and business leaders may not realize that large cloud vendors already have highly trained neural networks that can be adapted to a wide number of industry-specific applications. In fact, the process of cleaning up data and preparing it for a neural network is often more intensive than actually training and updating the AI application.

When it comes to data, many of us have become hoarders: We refuse to throw it away, but we don’t know what to do with it. Neural networks can provide an answer.