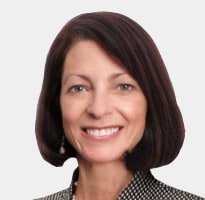 Lynda Clarizio is the Co-Founding Partner of Brilliant Friends Investing, a seed investment group funding women-led businesses founded in July 2018, and a strategic advisor to several businesses with a focus on leveraging digital technology and data to drive growth. Clarizio served as Executive Vice President, Strategic Initiatives (September 2017 to January 2018) and President of U.S. Media (August 2013 to September 2017) at The Nielsen Company (U.S.), LLC, a global performance management company that provides a comprehensive understanding of what consumers watch and buy.

Prior to joining Nielsen, Clarizio served as Executive Vice President, Corporate Development and Operations of AppNexus, Inc., a programmatic advertising platform, from November 2012 to April 2013.  From 2009 to 2012, She served as Chief Executive Officer and President of INVISION, Inc., a provider of multi-platform advertising solutions to the media industry. From 1999 to 2009, she held a variety of executive positions with AOL Inc., a media technology company, including President of Platform-A (AOL’s consolidated advertising businesses) and President of Advertising.com (an AOL subsidiary).  Prior to joining AOL, Clarizio was a partner at the Washington, DC law firm of Arnold & Porter, where she practiced law from 1987 through 1999.

Clarizio is a member of the Boards of Directors of Emerald Holding, Inc., Intertek Group plc, OpenSlate, Oppobor Oy (Cambri), Resonate, Simplifi Holdings, Inc., Taboola.com Ltd. and Human Rights First.  She is also a member of the Leadership Council of Princeton University’s School of Engineering and Applied Science. Clarizio is a graduate of Princeton University where she earned a bachelor’s degree and a graduate of Harvard Law School where she earned a J.D.