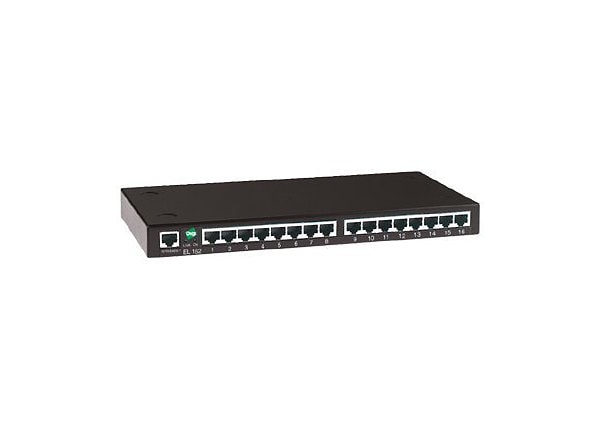 This item was discontinued on February 15, 2017


Digi International's EtherLite Port Servers make adding RS-422 serial ports to your network easier than ever. They blend the control and performance of local ports with the convenience of an Ethernet connection. Since the EtherLite ports are real serial devices, they aren't weighed down by complex network terminal server overhead. The result is a much simpler configuration, less Ethernet congestion, and a much lower cost per port when compared to conventional Ethernet terminal servers. EtherLite Port Servers are compatible with UNIX® workstations and servers from Sun, HP, IBM, and DEC, and with systems running Windows NT®, Java&tm, or SCO.

EtherLite Port Servers are not typical Ethernet terminal servers. The traffic from all 2, 8, 16 or 32 EtherLite ports is serviced by a single TCP/IP session, compared to the conventional one-session-per-port method. The obvious EtherLite benefit is less overhead at the host, and less traffic on Ethernet. EtherLite serial ports appear as local ttys under UNIX and as native COM ports under Windows NT. These locally-administered, full "hardware-style" ports allow much greater control than standard terminal server ports.