Based on true stories (names changed to protect the innocent), feast your eyes on the scariest IT mishaps our experts have ever encountered.

In this Haunting Collection:

Customer Service
It's midnight when he calls...

A lone intern faces one monster of a task...

Cashing in on an IT Mishap

Alone, Isolated, and IT is Moving Slowly

The IT Zone Presents: Magnetized Mishaps

Sometimes the horror isn't in a monster or a place, but an ordinary, everyday object...

It’s midnight when he calls.

They don’t call you often. You’re the last line of defense, after all. By the time they call you, it’s often too late.

“So the register’s jammed,” the man begins gruffly. No one ever has time for pleasantries. “The keyboard commands aren’t working. We’ve only got the one register tonight. It’s gotta work!”

You run him through the usual script. The list of alternate commands, the path to reset the console software. The man gets angrier and angrier with each failure. When you tell him to unplug it and plug it back in, he lets out a long, uninterrupted scream.

Then he says the dreaded words. “Let me speak to your manager.”

The guy who trained you, the one you replaced (you’ll be replaced one day, too…) called your manager Pam-Who-Has-Seen-Everything. She’s by your side before you’ve even had the chance to call her over, like she’s sensed your failure and your dread. She’s dead-eyed as she plugs in the second headset.

She’s not even halfway through announcing herself before the man launches into his keyboard tirade. Pam-Who-Has-Seen-Everything is unphased.

“Uh huh, uh huh,” she starts automatically, at all the right times. When the man has tired himself out, she offers her wisdom: “Try shaking it.” It’s a Hail Mary if you’ve ever heard one.

You hear rustling from the other end of the line. The rustling turns to static, which turns to a pattering waterfall of crumbs. Which turns to dead silence.

“What… what was in the keyboard?” you ask.

Pam-Who-Has-Seen-Everything answers at the same time as the man, like a prophet.

The man does not say thank you before he hangs up.

Need an extra hand? CDW's Amplified™ Support Services team has a Pam-Who-Has-Seen-Everything for every problem you're facing.

By the time they call you, it’s often too late.

We can't save you from a water main break, but we can get you a whole new fleet of computers with everything you need by the time your office is dry.

There comes a time in most every intern’s life when that intern must face one of the most quintessential and most monumental of tasks: Organizing the dreaded utility closet. The utility closet invariably hasn’t been properly cleaned for decades and has collected enough dust to make your average dust bunny seem positively adorable. The intrepid intern must sift through piles and piles of miscellaneous items, under the light of a single, flickering bulb.

One IT intern faced the horrifying utility closet that put all others to shame: A closet full of random IT supplies that had not been touched in nearly fifteen years. In the closet lurked an eight-foot tall pile of cables, twisted like a bunch of snakes trying to choke each other. If the cables could hiss, they surely would.

Confronted by the pile of snake cables, the intern also faces his most terrifying hurdle yet: Being locked in the closet every day at lunch, with seemingly no way out. As the intern is left to sort through the piles and piles of slimy, slithering cables, alone in the dark closet, he hears the strangest sounds. A gathering of people just outside the closet door, engaged in some cultlike ritual and letting out only a series of “Ohm’s” in unison.

The only thing scarier than being locked in a messy utility closet? Being locked in said closet while a daily yoga class takes place. Namaste? Not so much.

Want to avoid gathering your own dusty collection of tangled cables and IT supplies? Shop CDW’s assortment of cable and equipment organizers today.

The intrepid intern must sift through piles and piles of miscellaneous items, under the light of a single, flickering bulb.

Cashing in on an IT Mishap

Imagine that you spend months writing software to interface with a manned teller machine overseas. You spend hours developing the software, burning the midnight oil to make sure all works perfectly. You arrive on site on a tropical island, software at the ready. The software is installed; it won’t work. Turns out the client is the most nightmarish of IT nightmares: They provided the wrong criteria for the new software. You must go back to the drawing board, and do it all over again. You recode it all. You return to the client…and the client’s system isn’t updated enough to install. Dismayed, you throw in the towel…and spend the next ten days easing the pain by sipping tropical cocktails on the beach. Nothing keeps the IT nightmares at bay like a margarita and some sun.

Alone, Isolated, and IT is Moving Slowly

The setting is a classic recipe for spooky trouble. A holiday weekend where everyone gets away from it all for a few days. That extended escape from civilization is great on paper, but when Jason, Freddy, and Michael are out and about it’s going to turn a fun weekend into a freaky one.

But what if it isn’t a monster creeping on your long weekend getaway? And what if it isn’t a getaway so much as an IT work project? You might just be living in an IT horror story like the one a CDW expert endured during a Memorial Day Weekend.

The long weekend in spring was perfect for people to get away and projects to get done. In this case, the project was a contract migration. This was done specifically over Memorial Day because people were less likely to be around, therefore less likely to have disruptions to user experiences. This proved to be troublesome. The project began taking longer, and longer, slashing away at the weekend. It was never ending. Though the project was hopeful to be done by Tuesday, but by Sunday morning things weren’t close to being done. Time was running out, and they couldn’t get ahold of anyone.

It was the stuff of nightmares. The kind of thing you see at a not-so-good scary movie screening in October. Time was running out for them – literally. And they needed a solution.

Support can come from anywhere, and when the (slow walking) zombie-paced movement of IT work occurs, a team can be found anywhere. Much like a final act in said zombie movie, the realization that you're never actually isolated when you know who to talk to is critical. That's why CDW Amplified™ Support Services can help you get through a slow process and escape your IT nightmare.

Looking for support when you're otherwise on your own in an IT horror story? CDW Amplified™ Support Services can help you. 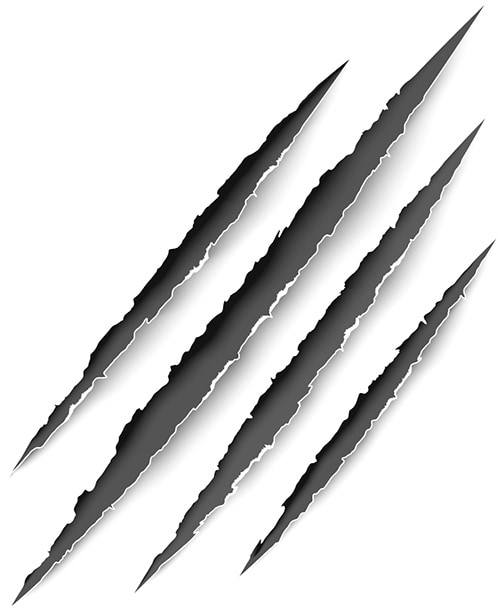 The IT Zone Presents: Magnetized Mishaps

Sometimes the horror isn't in a monster or a place, but an ordinary, everyday object. We see it happen often. The computer that slows to a crawl right when you need to get a presentation loaded. The printer that chokes on its own paper and then tells you that it’s running low on ink even though you just replaced the cartridge. But the scariest objects can be the ones that not only hinder, but wreak havoc.

The object in question is a magnet, tucked away in the back of a rarely used utility room. On its own the magnet is a harmless block of metal, serving unknown purposes to the facility it dwells in and mystifying 90’s rap duos from Detroit. The facility: An IT center within a student union on a university campus.

Our dramatis personae is an ordinary IT worker assigned to inventory, and students returning their university-provided laptops. Our IT inventory manager, looking for a place to store his influx of returned hardware, stumbles across a utility closet. The closet provides ample space and our manager of technology begins stacking the returned laptops on a shelf. A shelf which sits directly above a magnet so powerful that it sucks the very memory and life out of these laptops, like sucking the last bit of a malted milkshake through a straw.

By the time the unknowing and unassuming IT person realizes what has happened it may be too late. But hope is not lost for him or his campus position. Data recovery and hardware recovery solutions could be Control-Z; he needs to undo his poor storage choices and save the hardware.

You might not have a magnet problem, but everyone has a data problem. Find the backup and recovery solutions you need to keep you out of the IT Zone.

Optimizing productivity from the get-go is crucial to startup success.
Use Case

What are the Benefits of Asset Management Solutions?

How can IT asset management solutions help your business maintain security and compliance and lower IT spending?
Use Case

What is IT configuration, and what are the benefits to your business? Why should you use a configuration service?