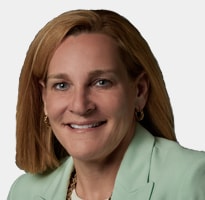 Virginia Addicott is the retired President and Chief Executive Officer of FedEx Custom Critical, a leading North American expedited freight carrier, a position she held from June 2007 to December 2019.

Addicott is a member of the Board of Trustees of Kent State University. Additionally, she serves on the Board of Directors of Element Fleet Management Corp., Smither’s Oasis and Akron Children’s Hospital.  She is past chair of both The Boys and Girls Club of the Western Reserve and the Greater Akron Chamber of Commerce.  Addicott is a graduate of Kent State University where she earned a bachelor’s degree and an Executive Master of Business Administration.