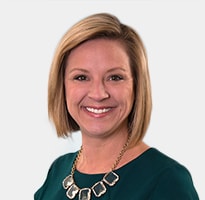 Lisa Gau is vice president of corporate sales, East region for CDW. Gau is responsible for the short- and long-term performance goals, strategic direction, business initiatives and talent development of the segment.

Gau earned a bachelor’s degree in marketing and international business from Miami University. She serves on the board of directors for CDW’s Women’s Opportunity Network.