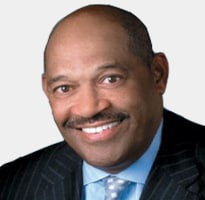 James Bell retired as Executive Vice President of The Boeing Company, an aerospace company and manufacturer of commercial jetliners and military aircraft in April 2012.

Bell serves on the board of directors of Apple Inc. During the past five years, Bell also served as a director of Dow Inc, DowDupont Inc., and JPMorgan Chase & Co. Bell is a graduate of California State University at Los Angeles where he earned a bachelor’s degree.