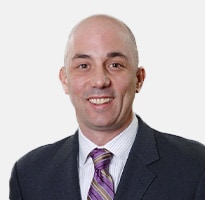 David M. Chapman is vice president of the West region for CDW’s corporate business.  In this role, Chapman is responsible for the performance goals, strategic direction, business initiatives and talent development for the West.

With over 20 years of experience, Chapman began his CDW journey in 1999 as an account manager and since that time has held various roles of increasing responsibility across CDW’s corporate, public sector and international customer end markets.  Most recently, following the acquisition of Kelway, Chapman relocated to the UK and was appointed to vice president of sales for CDW UK in 2016 with responsibility for CDW’s sales force outside of North America.

Prior to the International assignment, Chapman led the Healthcare provider business in the Central region from 2010 to 2013. In 2014, Chapman made the transition to lead the sales efforts for CDW’s Corporate business in the North Central area.

Chapman is a graduate of Indiana University Kelley School of Business where he earned a bachelor’s degree in Marketing.