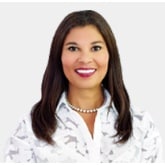 Aletha C. Noonan is senior vice president of product and partner management for CDW. Noonan is responsible for managing CDW’s relationship with its community of industry-leading technology partners. In addition, she directs the day-to-day operations of CDW’s procurement team, keeping a broad selection of technology readily available to customers.

Noonan joined CDW in 1994 as an account manager and was a member of CDW’s first outbound sales team. She quickly rose into sales management and advanced through a variety of leadership positions with increasing responsibility. In 2000, Noonan was promoted to director of corporate sales, where she was one of the regional leaders in the company’s first branch sales office in downtown Chicago. In 2004, Noonan became director of sales operations, where she was responsible for key company sales initiatives, including the hiring and talent development of all CDW sales managers for both CDW and CDW Government, a wholly owned subsidiary of CDW. In 2005, Noonan chose to stay home to care for her children. Prior to returning to CDW in November 2013 as vice president of higher education sales, Noonan served for three years as a national partner sales executive at Microsoft. Noonan served as the vice president of CDW’s central region from January 2017 until moving into her current role.

Noonan earned a bachelor’s degree in journalism from Ohio University. She is a YWCA Lifetime Board Emeritus member for the Metropolitan Chicago chapter and is an executive committee member for the Chicago Urban League. She is also a member of The Executives’ Club of Chicago. Additionally, Noonan serves on the board of directors for CDW’s Alliance for Business Leading Equality (ABLE) business resource group.