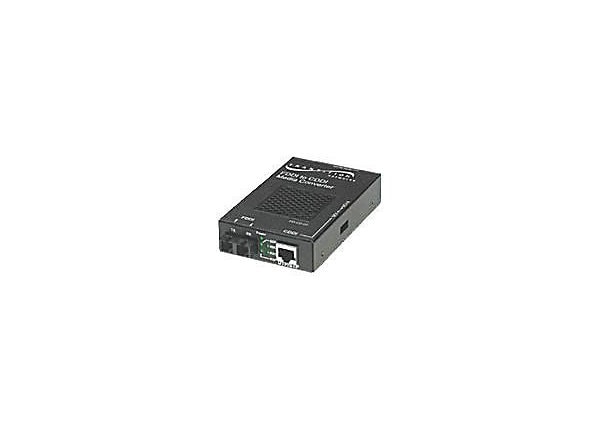 Main Features
Transition Networks' 100BASE-TX to 100BASE-FX Media Converter is available in both stand-alone and slide-in-module form factors; making cost-effective integration of twisted pair and fiber optics in Fast Ethernet networks easier than ever before.

The Media Converter operates under heavy traffic loads without excess heat so there is no need for a failure-prone internal fan. It automatically detects and reports loss of link on a connection using Link Pass Through. This feature allows the equipment at the remote end of a link failure to "see" this failure and respond with corrective actions, such as Spanning Tree fail-over links, proprietary trunking links, or failure reports through SNMP or RMON procedures built into the switch, router or hub. The Media Converter also automatically detects faults in a link using Far End Fault. This feature of the Fast Ethernet Fiber standard allows you to troubleshoot a fault, even if it is only in one direction; alerting the device on the same side as the failure.