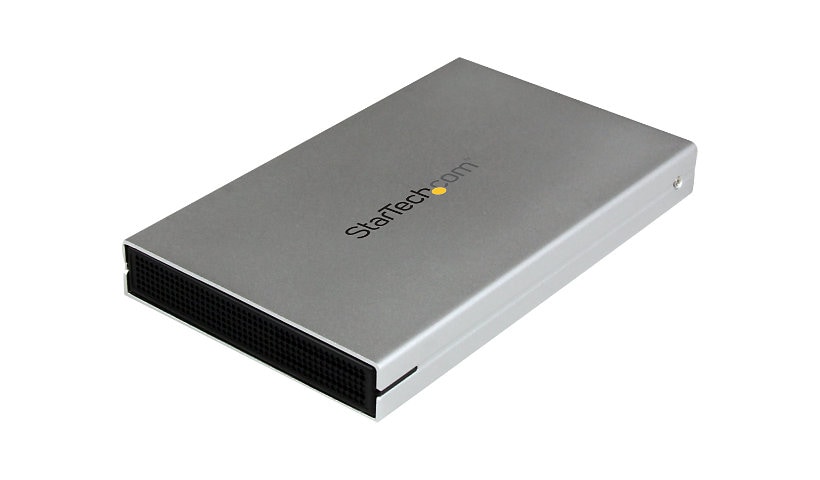 For fast performance and efficient data transfers when connected through eSATA, the enclosure supports full SATA III transfer speeds - up to 6 Gbps. For universal compatibility, the S251SMU33EP can be connected through USB 3.0 with transfer speeds up 5 Gbps plus support for UASP, which delivers performance up to 70% faster than conventional USB 3.0 when paired with a UASP-enabled host controller to utilize the full potential of your SATA III hard drives.

The 2.5in enclosure supports the fastest drive technologies including SATA III (6 Gbps), hybrid drives and solid state drives (SSD), saving you time by ensuring you're getting the most out of your drive performance.

To ensure compatibility with your computer system, the S251SMU33EP supports all of the leading operating systems, including: Microsoft Windows, Apple OSX, Linux, and Google Chrome OS.

UASP is supported in Windows 8, Mac OSX (10.8 or above), and Linux. In testing, UASP performs with a 70% faster read speed and 40% faster write speed over traditional USB 3.0 at peak performance.