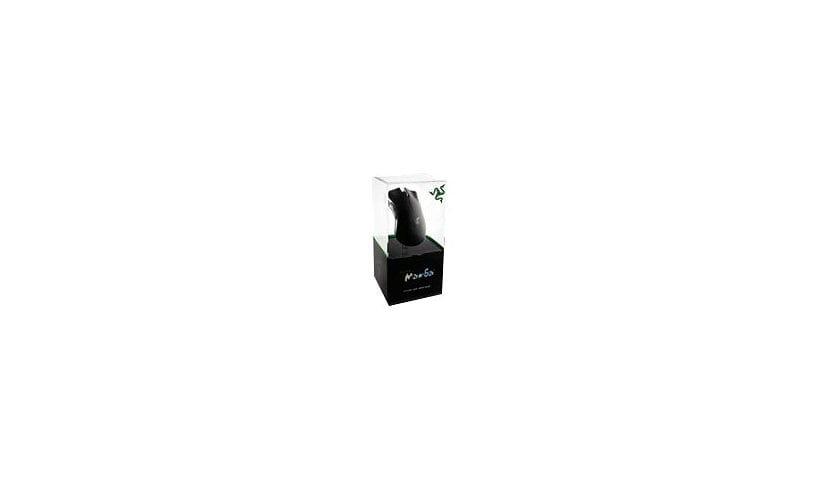 The Razer Mamba features gaming grade wireless technology with a hybrid system that enables instant wired/wireless functionality. Coupled with an industry leading 1ms polling rate, it is the fastest performing mouse both on and off the cord. Delivering true wireless freedom, lag-free speed and ergonomic comfort, the Razer Mamba is in a league of its own.

The Razer Mamba gaming grade wireless technology is engineered to free you from the reins while achieving the highest gaming standards. Its ability to be polled at an interval of 1ms maximizes the frequency at with data is sent to the PC. This also means your command gets executed first even if you and your opponent react at the same time.

The Razer Mamba's dual mode wired/wireless functionality allows you to switch between the wireless freedom and the frenzy of wired play, with zero downtime for charging. By connecting the Razer Mamba via its USB cable, it converts into a wired mouse - the gamer is then freed from battery life concerns as the battery is also charged while in wired mode.

With its upgraded Razer Synapse onboard memory, the Razer Mamba enables you to store more profiles and longer macro strings on your mouse without the need for software. You can now take your custom mouse settings to any tournament or LAN party, without the hassle of any software.