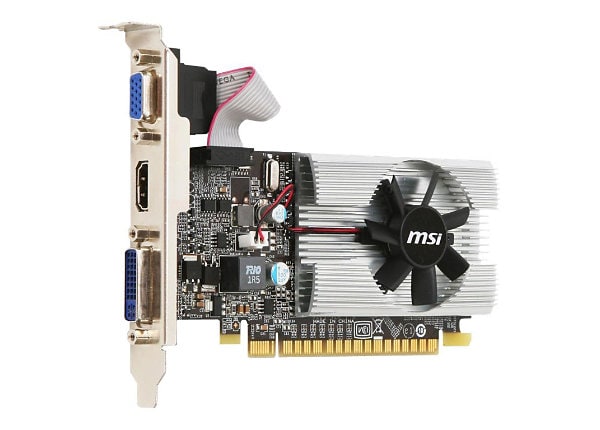 Main Features
The MSI N210 series of graphics cards use advanced 40nm GPUs allowing for the implementation of substantially more transistors on the same surface area and at the same time increasing energy efficiency. This also results in much lower operating temperatures even under full load or during overclocking.

Apart from performance and stability considerations, the MSI N210 series have also been built to meet high definition audio-visual demands by offering native HDMI output. Now users don't need to worry about multiple cables anymore and can easily and directly hook up their LCD TV with one single cable combining audio and video. This dramatic reduction of various cables makes the MSI N210 series an ideal component to an HTPC platform.