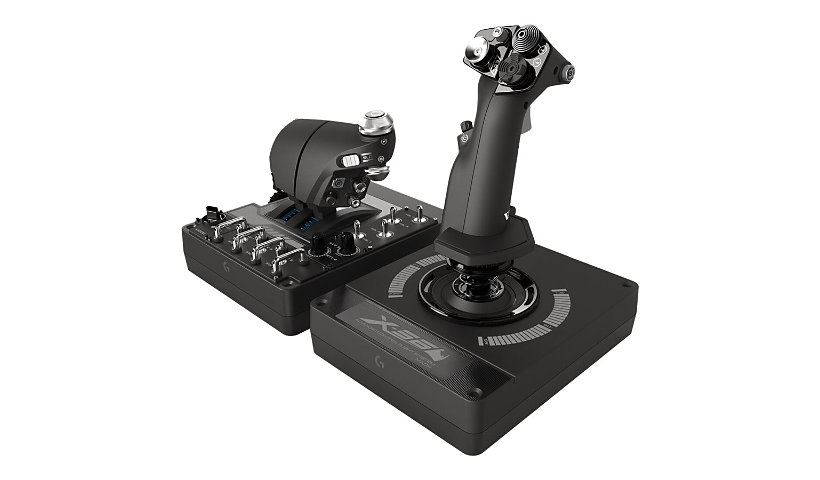 Experience the feeling of being in control of a plane or other airborne vessel with the Logitech® X56 H.O.T.A.S. It enhances a wide variety of flight simulation games based around active commercial, military and space-going aircraft. The Logitech X56 H.O.T.A.S. joystick and throttle provide six planes of free movement, letting gamers adjust pitch, yaw and roll as well as moving up, down, forward and backward. Mini-analog, thumb-operated sticks add to the realism and movement possibilities. Adjustable RGB lighting illuminates the controls, making the buttons easier to identify.

This wired joystick offers quick and easy set-up with plug-and-play connectivity and is well-suited to both traditional screens and games played on virtual reality (VR) consoles. Adjust the spring tension for higher or lower levels of sensitivity and modify the friction needed to adjust the twin throttles. There are over 189 programmable controls available to meet the preferences of each player. Assign frequently used commands to easily reached buttons and assign different mouse and keyboard commands to operate your PC from the throttle and joystick.