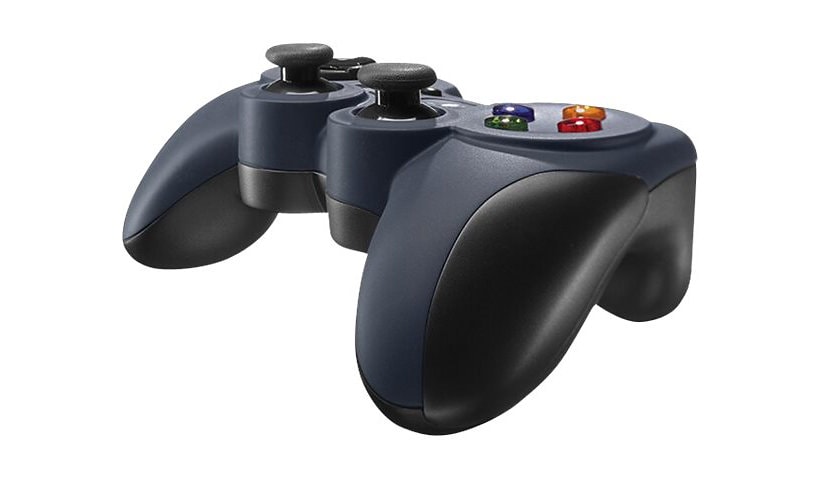 Enhance your PC gaming experience with the Logitech® F310 gamepad. Compatible with Windows® 11, 10, 8, 7, Vista and Chrome OS, it has an extensive game support from popular recent titles to classic shooters, action and sports. The Logitech game controller features a familiar, console-like layout with a D-pad, left and right thumb sticks and four buttons. The D-Pad has four individual switches instead of the standard single pivot point for a more responsive and tactile feel.

The buttons and controls are fully programmable and can adapt to unsupported titles using the Logitech profiler software. It has simple plug and play connectivity via USB and sets up easily with a range of titles with its XInput/DirectInput feature. The gamepad for PC also pairs with the TV with Big Picture to surf the web or play games, as well as with the Sony Android TV™. With its curved design and contoured rubber grips, it provides long and intense gaming with comfort. The wired gamepad has a 1.8-meter cord to provide a suitable distance between the gamer and the monitor.