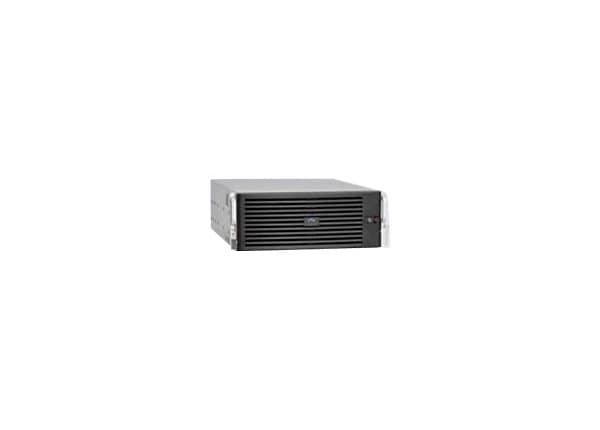 The ExaGrid system is based on standard appliances that are shipped along with ExaGrid's unique software to deliver a complete turnkey solution for disk-based backup with data deduplication. The ExaGrid appliance is rack-mountable and uses standard components, including Intel quad-core Xeon processors, enterprise SATA drives, and Gigabit Ethernet connection(s).

With ExaGrid, you can preserve your existing investment and keep your current backup application and processes. Using ExaGrid is as simple as pointing your existing backup jobs at a NAS share on the ExaGrid appliance. The system scales as required by adding ExaGrid appliances, which virtualize into the GRID architecture automatically, adding capacity and processing power while acting and being managed as one unified system.