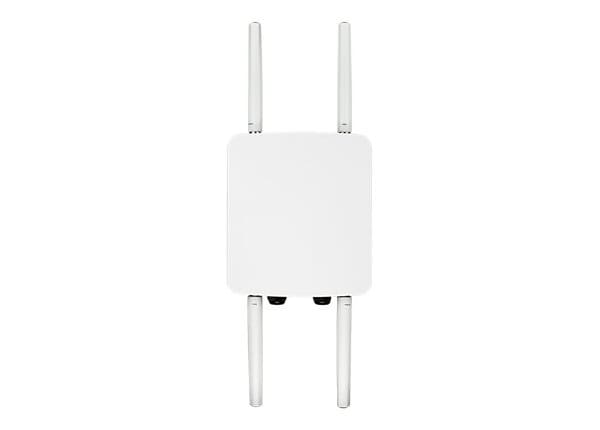 Main Features
The DWL-8710AP is equipped with two radio transceivers. The first is a 2.4 GHz 2 x 2 IEEE 802.11n interface that supports up to 300 Mbps of network throughput while the second one is a 5 GHz 2 x 2 802.11ac interface, capable of up to 867 Mbps of network throughput. The DWL-8710AP also features two Gigabit Ethernet network interfaces, designed to allow the administrator to easily bridge other networking devices into the network, such as a camera or another Wi-Fi access point.

The DWL-8710AP is IP67-compliant and is designed to operate in harsh outdoor environments and temperatures ranging from -30 up to 60 °C. In addition, all network interfaces are protected against electrical surges, enabling the device to be placed in areas where there is a risk of being struck by lightning.

When deployed in conjunction with D-Link's line of Unified Wireless Switches, up to 1024 DWL-8710APs may be centrally managed and provisioned, enabling the administrator to scale the Wi-Fi network to cover larger areas.