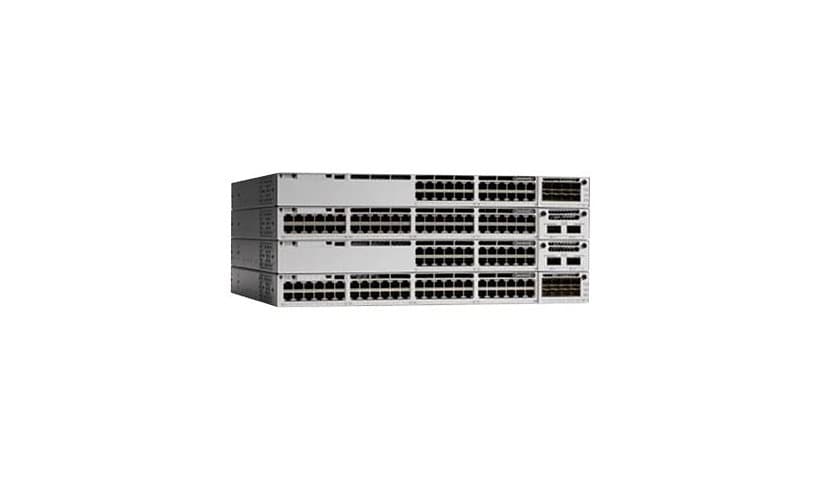 Establish Ethernet networks in IT and other industries with the Cisco Catalyst™ 9300 48-Port Switch, which provides stacking bandwidth of 480 Gbps. Along with a router, the networking switch ensures optimal internet speeds and high-speed data transfer. The Cisco Catalyst 9300 switch is rack-mountable and stackable, which makes it easy to install in offices and data centers. Its hot-plug feature prevents servers from shutting down when installing or replacing the switch.

The x86 central processing unit architecture in the Cisco Catalyst 9300 48-port switch allows hosting of containers and running a high volume of apps. Power Over Ethernet (PoE) devices such as this are convenient for remote applications as they don't need an electrical unit nearby. Use the USB 2.0 port in the switch to upload system images or to make necessary settings changes. With a programmable architecture, this Cisco switch saves time for employees via automatic task execution. Precision Time Protocol ensures clock synchronization for efficient networking. This networking hub comes with a limited lifetime warranty, which includes technical support and replacements.
Availability: 4-6+ Weeks
Need it now? View Similar Items