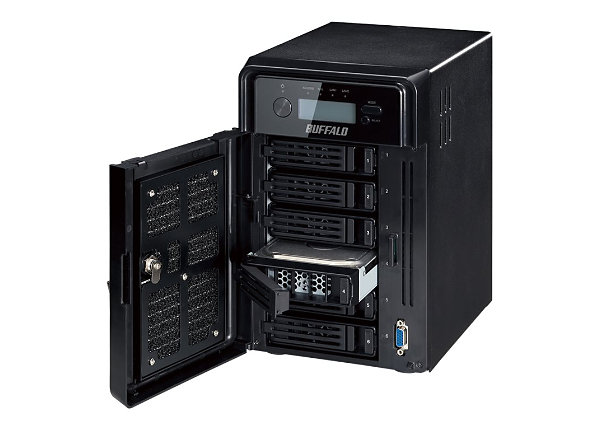 The Buffalo TeraStation 12 TB NAS Server combines high performance network attached storage with the power and convenience of a Windows operating system. Not only does it come fully populated with NAS hard drives, but it also supports Hardware RAID that delivers added speed and stability. Its specially designed solution runs the operating system from an SSD drive of its own, which frees the HDD array for user data. Hardware RAID enables the server to deliver outstanding performance unaffected by 'heavy load' operations, even during RAID rebuilding. Its dedicated RAID controller separates processes into two different CPUs. With one CPU running the OS and applications and the other for RAID rebuilding and I/O operations, the server runs faster with greater reliability. Under heavy load operations, it is able to maintain its high-performance speeds.