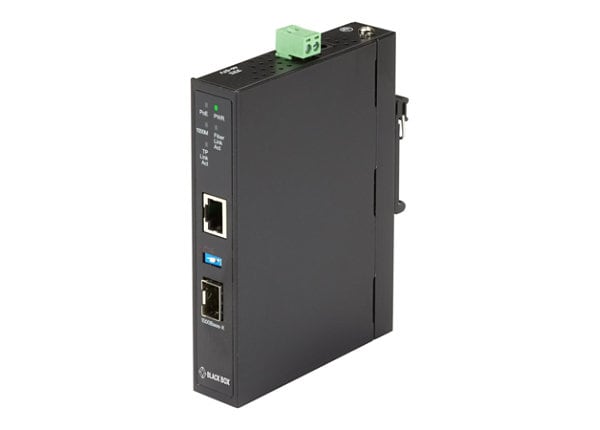 The Black Box Industrial UPoE Media Converter seamlessly and transparently converts 10-/100-/1000-Mbps copper to 1000-Mbps fiber. Because it is a Layer 2 media converter, it automatically senses and adapts to speed on the copper side for truly plug-and-play operation.

The converter can be powered conventionally with the included DC adapter or powered through a DC terminal block. The terminal block features a pair of input and a pair of output terminals, so you can easily cascade power in DIN Rail applications.