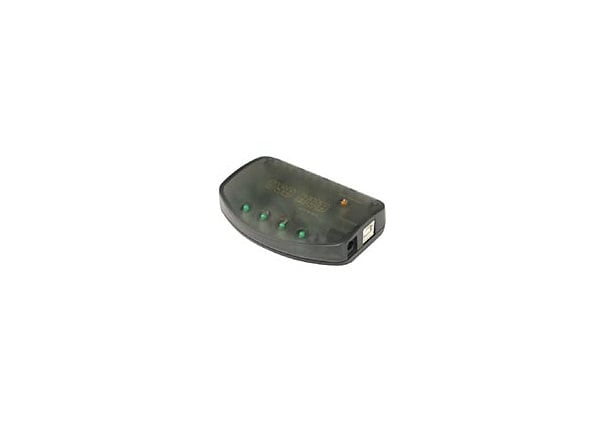 With USB more devices can be attached to the system, and the problem of IRQ conflict is eliminated


Universal Serial Bus (USB) port technology has emerged in response to the proliferation of external peripheral devices (scanners, digital cameras, removable drives, etc.), that are increasingly being connected to the latest generation of PCs. USB behaves in a similar fashion to conventional bus ports (i.e., serial, parallel, PS/2), but since it does not require any IRQs, more devices can be attached to the system, and the problem of IRQ conflict is eliminated.

The UH-9124Z is a Universal Serial Bus (USB) hub, which is a USB cable concentrator and a bridge between PC USB Host Controller and USB devices. The UH-9124Z is a full speed USB hub. It provides one upstream port and four downstream ports to the user. It supports both full speed (12Mbps) and low speed (1.5 Mbps) devices, such as keyboard, mouse, joystick and etc. The UH-9124Z provides both Self-powered and Bus-powered modes. This hub has per-port overcurrent detection LEDs, as well as the per-port power ready LEDs.

This item was discontinued on September 07, 2005