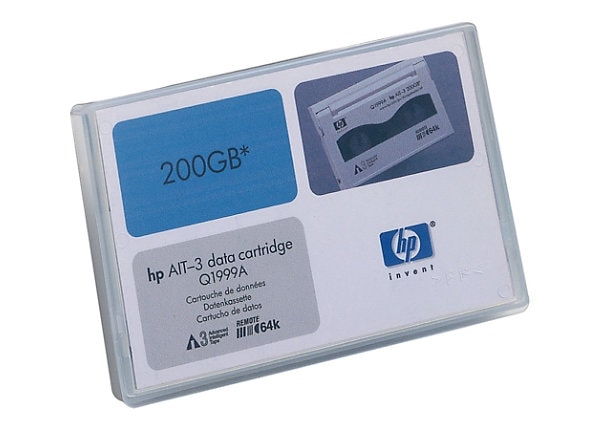 Main Features
With the introduction of AME technology, AIT media has been able to make the capacity jumps to enter into the mid-range and automation space. AIT-1 introduced as a migration path for DDS users to reach higher capacities and performance. Despite its increased capacities, AIT does not offer the interchangeability that other tape technologies do and can be construed as proprietary and cannot compete against the open standard technologies (Metal Particle or MP based). For example: While AIT and Mammoth share similar technologies and design, they are not compatible and should be considered proprietary. Mammoth drives will not work with AIT media and visa-versa. Drive firmware and software prevent this.