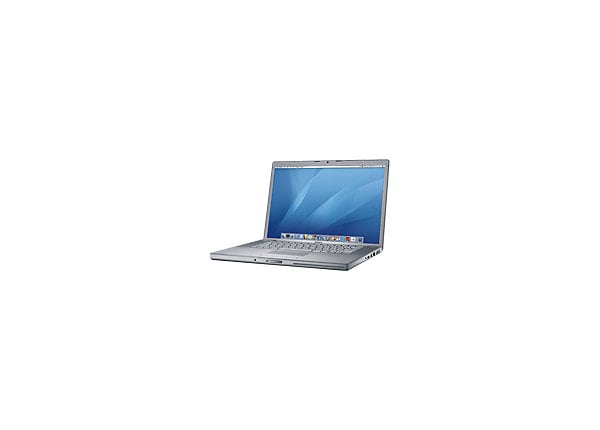 Main Features
You've seen improvements in notebook performance before - but never on this scale. The Intel Core Duo powering MacBook Pro is actually two processors built into a single chip. This, combined with myriad other engineering leaps, boosts performance up to four times higher than the PowerBook G4. With this awesome power, it's a breeze to render complex 3D models, enjoy smooth playback of HD video, or host a four-way video conference.

Intel Core Duo is the first chip built using Intel's groundbreaking 65-nanometer process - resulting in transistors so small, you could fit a hundred inside a single human cell. With smaller distances for electrons to travel, and two processors designed to share resources and conserve power, Intel Core Duo achieves higher levels of performance as it uses fewer watts. Which is what makes it possible to design a super-powerful MacBook Pro that's only one inch thin.

When Mac technology makes something easy, it's hardly news. So here's more non-news for MacBook Pro owners: software just works. If you see the Universal logo on a new application, that means it will run on Intel- and PowerPC-based Mac computers. For most existing applications, you simply do what you've always done: double-click them. Thanks to the Rosetta technology in Mac OS X, they look and feel just like they did before.