With HCI, Hoagland, Longo, Moran, Dunst & Doukas can grow at its own speed.

For Hoagland, Longo, Moran, Dunst & Doukas — a law firm based in New Jersey and New York — storage needs are growing at a much faster rate than compute needs. The reams of paper previously used to print out legal documents have now been largely replaced by PDFs and other files, and attorneys need to be able to instantly access these documents to maximize their billable hours.

But the firm ran into a snag in 2018, when leaders began to look seriously at moving their virtual desktop infrastructure environment away from a legacy Windows 7 platform and onto Windows 10. Shah, who had recently joined the firm, knew that the organization’s aging three-tier data center infrastructure would struggle to support the move. 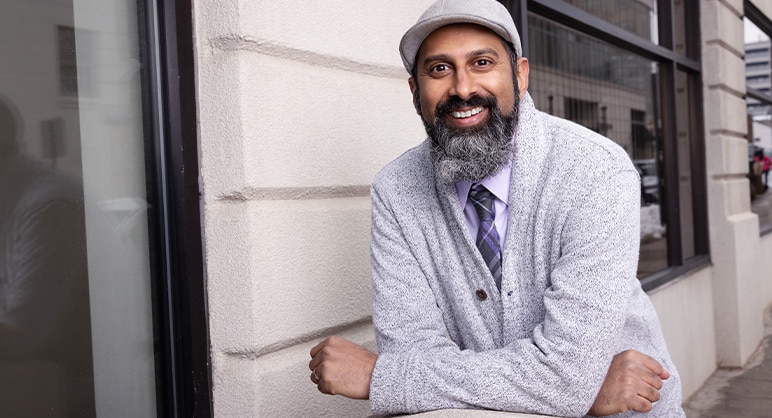 “For the first year, I did what I could do, but as we were moving to Windows 10, the environment just became more and more bogged down, performancewise.”

“I was hired in June, and when I sat down with our COO, she said that we needed to roll out Windows 10 in September,” Shah recalls. “I jokingly said, ‘Of what year?’ My initial reaction was that the existing infrastructure wasn’t going to support virtual instances of Windows 10, and we needed to upgrade. For the first year, I did what I could do, but as we were moving to Windows 10, the environment just became more and more bogged down, performancewise. It was never locking up or crashing, but launching those PDF files made life very inefficient. Then, in the summer of 2019, I got the greenlight to start upgrading the environment.”

The projected value of the hyperconverged infrastructure market in 2023, a 33 percent increase from 2019

The moment presented Shah with the opportunity to improve data center performance and operations, but the stakes of getting the new infrastructure right were high. As a relatively new employee, he wanted to make a good impression by demonstrating that whatever solution he chose was a wise investment. More important, users needed a level of performance and reliability that would allow them to complete their high-value work without worrying about the technology supporting it.

Shah turned to CDW’s Integrated Technology Solutions team to learn more about his options. Larry Burt and Bill Snell, both members of the ITS team, started by leading Shah through a discussion about the firm’s business objectives, and then began to identify solutions that would help accomplish those goals.

“Anoop had promised an increase in performance, because attorneys were complaining,” notes Burt. “He was tasked with finding a platform that would allow them to respond to today’s needs, and also leave them room for growth tomorrow. On top of that, the solution had to come in under budget, and the process for converting from the firm’s old systems needed to be fairly straightforward.”

The answer: a disaggregated hyperconverged infrastructure environment from NetApp.

The solution met all of Hoagland’s needs. For one, the modern infrastructure would provide the performance necessary for users to experience a seamless VDI environment on Windows 10. Second, the modular and disaggregated nature of the solution allowed the firm to buy for its existing needs, and then grow its storage environment over time — without being forced into the unnecessary expense of also expanding compute resources. The environment also let Hoagland continue to use its existing NetApp storage area network. Finally, the simplified management of HCI was a perfect fit for Hoagland’s small infrastructure team. 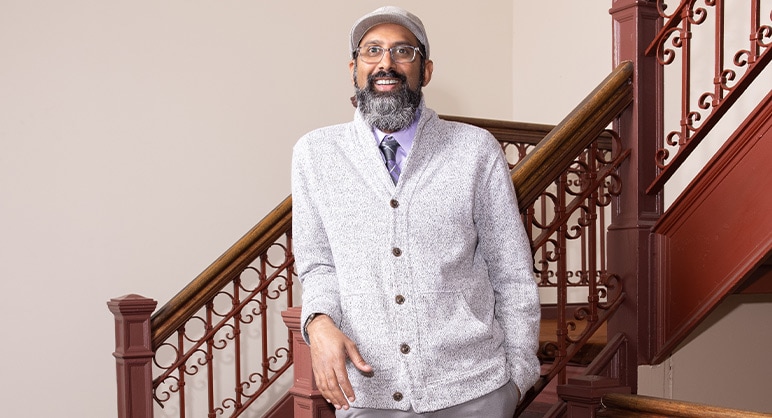 “CDW has vendor-agnostic engineers on staff, and we talked to all of the major hyperconverged infrastructure providers and got demos of their solutions. Eventually, we were able to do the math to say, ‘Here’s what we currently have, and this is what we need.’ CDW was instrumental in making sure we weren’t undersizing or oversizing.”

Validating the Design with a Data Center Assessment

To ensure the NetApp HCI environment would meet all of Hoagland’s priorities, CDW conducted a thorough, complimentary data center assessment. Such engagements not only lead to optimized data center designs, but also give internal IT leaders a way to show business executives that a given solution is both necessary and sufficient.

“The assessment helped to demonstrate that, after the consolidation, the performance was going to be there to handle their workloads,” says Snell. “We reviewed the environment to make sure we weren’t inadvertently excluding any workloads that might have an impact, and we looked at things like CPU utilization and disk utilization.”

Suzan McAllister, the CDW assessment specialist who conducted Hoagland’s data center assessment, says the engagement showed that the firm’s environment would be “very easily accommodated” by the proposed solution. “We always ask customers about their peak periods, when they have their highest utilization, so we know we’re accommodating the worst they can throw at it,” McAllister says. “We went through and did that assessment, took a look at their environment, sized it out for them and addressed any and all concerns they had about any individual workloads and the impact on performance.”

The assessment also revealed that the firm’s network bottlenecks were due solely to storage and memory capacity, rather than a dearth of compute power.

Shah says he was initially skeptical about hyperconvergence, but that he gradually came to see that it was the best solution to the firm’s IT challenges.

“When we started talking about different options, HCI always came up,” Shah recalls. “I came to realize that HCI has changed a lot. It’s not just a VDI platform or a database platform or anything like that. CDW has vendor-agnostic engineers on staff, and we talked to all of the major hyperconverged infrastructure providers and got demos of their solutions. Eventually, we were able to do the math to say, ‘Here’s what we currently have, and this is what we need.’ CDW was instrumental in making sure we weren’t undersizing or oversizing.”

Shah’s team deployed the new environment over the summer of 2020. “Even the configuration and deployment process was simplified with HCI,” Shah says. “It was much easier than what I’ve done in the past, in previous roles working with three-tier infrastructures. That required installing a server, tying it into the management, spinning up the storage array and then tying that to the network.”

The move immediately enhanced security for the firm, because Windows 7 had long been out of support. The upgrade also had the expected positive impact on performance, which was made all the more necessary by the fact that attorneys spent most of 2020 working from their homes.

Although Hoagland planned its investment well before the advent of COVID-19, the new infrastructure proved critical in helping the firm to navigate its way through a pandemic that forced businesses across industries to upend their operations. In particular, the modern infrastructure allowed attorneys to access collaboration technologies remotely through the firm’s VDI environment, which would have been essentially impossible with the organization’s legacy hardware.

“None of the collaboration tools were working through the previous virtualized environment,” Shah says. “It’s definitely eased things, and made those workflows more viable.”

Shah notes that the firm onboarded a handful of new attorneys to its roster during the pandemic. Without the new infrastructure, he says, such changes would have been much more difficult. “It would have been challenging, because I probably would have pushed to see if we could set them up differently from how we normally do things, as opposed to trying to shoehorn them into the existing environment. They wouldn’t have been able to access collaboration tools through virtual machines, and that would have caused issues with document sharing and screen sharing. Their efficiency would have been miserable, and their experience would have been miserable.”

In addition to the improved performance, Shah points to streamlined management as a key benefit of the HCI environment going forward. “Everything is simplified,” he said. “Just being able to expand storage from where I am, that’s a big benefit.”

While the public cloud has made enormous inroads in recent years, many organizations prefer to keep certain workloads on-premises, due to performance, cost, compliance or other reasons. Hyperconverged infrastructure can provide a best-of-both-worlds experience, mimicking the benefits of the public cloud while running in a corporate data center.

Here are five ways that HCI creates a cloudlike experience:

Discover the key elements of a modern IT infrastructure.