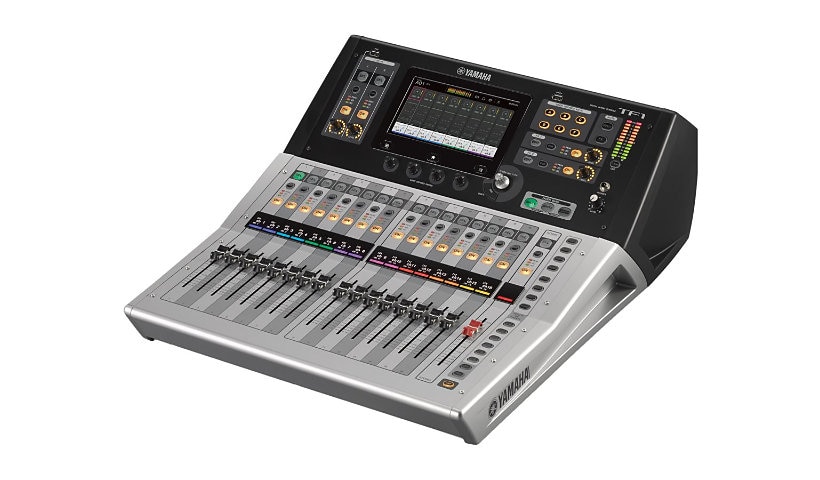 Yamaha digital consoles have always been designed with input from the engineers worldwide to ensure that the extremely efficient, intuitive operation is achieved. The highly regarded Selected Channel and Centralogic interfaces attest to the success of that approach. The TF series combines Yamaha know-how with improved input from the field and the advanced touchscreen technology to deliver an evolved experience in console operation. Smooth setup and operation, practical presets and scenes, refined design, and software applications that integrate seamlessly with the entire system: these elements comprise TouchFlow Operation, another concept in console interfaces that offers unprecedented comfort and convenience in small consoles, for a wide range of users and applications.

In developing the TF series Yamaha engineers built from their existing base of acclaimed mixer interfaces, adding intuitive control in an interface optimized for the type of touch panel control that has become a familiar feature in a wide range of applications. Allowing most operations to be carried out via the touch panel alone, the innovative TF series interface will quickly become second nature to a broad spectrum of users. Whether you have experience with Yamaha digital consoles, work with other digital consoles, operate analog consoles, or have never operated a mixer before, TF consoles will lead you to the desired results quickly and effortlessly through a smooth, efficient workflow. The availability of physical controls surrounding the touch panel further enhances control versatility and precision.
Availability: Item Backordered
CDW cannot guarantee an in-stock date. Order fulfilled by a CDW partner.
Can't wait? View Similar Items