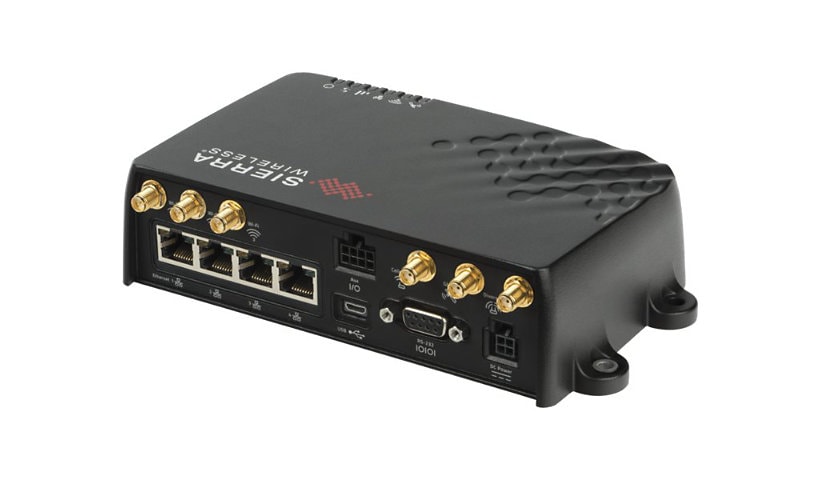 The AirLink MP70 is a high performance, LTE-Advanced vehicle router developed specifically for mission critical applications in public safety, transit and field services. Offering high power, long range Gigabit Wi-Fi and Gigabit Ethernet, and up to 300 Mbps downlink speeds over LTE-Advanced, the AirLink MP70 unites the fleet with the enterprise network and enables multiple field applications to work simultaneously, further and faster from the vehicle than ever before.

The MP70 supports advanced remote visibility and instant insight into the vehicle area network (VAN), field applications and assets, and the mobile workforce. Purpose built for the vehicle, the MP70 delivers superior reliability and uninterrupted operation in harsh mobile environments.

With dual-band Gigabit Wi-Fi and Gigabit Ethernet, the AirLink MP70 enables a complete portfolio of broadband mission critical applications to work simultaneously, further and faster from the vehicle than ever before.

Built for first responders and field personnel, the MP70 offers up to 300 Mbps downlink speeds over LTE-Advanced, and up to 1.3 Gbps over 802.11ac Wi-Fi with 3x3 MIMO) and Gigabit 4-port Ethernet. The AirLink MP70 can host up to 128 simultaneous Wi-Fi clients, and concurrently connect multiple mission critical applications in and around the vehicle including laptops, DVRs and tablets, in addition to providing live video streaming, and rapid and secure access to remote databases, such as record management systems.

Outside of the US, the AirLink MP70 offers dual-SIM functionality to enable automatic failover between SIMs, providing superior connectivity and cost optimization when roaming.

The MP70 contains an Inertial Navigation System that allows it to track without satellites, using dead reckoning algorithms integrated with the GNSS. The Inertial Navigation System continues to provide positioning information when the GNSS is unable to acquire satellites. This enables tracking through urban canyons, tunnels and underground parking.