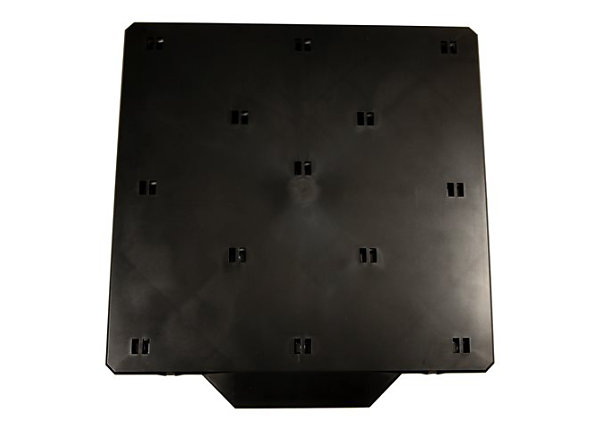 Main Features
The build platform on the MakerBot Replicator Z18 3D Printer has two parts: a flat, sturdy aluminum base, and removable plastic tops called Build Plates. Build Plates for the MakerBot Replicator Z18 reduce downtime when printing multiple large models. The ability to switch out Build Plates allows you to immediately move on to your next print, while setting aside your most recent print for careful removal later on.

To remove your Build Plate, turn the latches on the front of the build platform’s aluminum base horizontally, pull the Build Plate forward, then lift to release it.