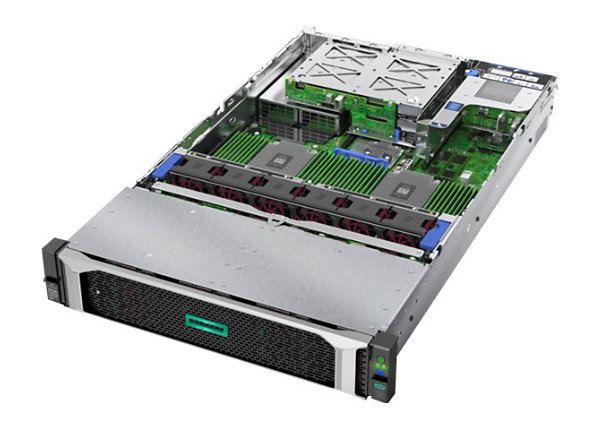 Main Features
Do you need a dense platform with built-in security and flexibility that addresses key applications such as virtualization and software-defined storage (SDS)? Building on HPE ProLiant as the intelligent foundation for hybrid cloud, the HPE ProLiant DL385 Gen10 server offers the 2nd generation AMD EPYC™ 7000 Series processor delivering up to 2X the performance of the prior generation. With up to 128 cores (per 2-socket configuration), 32 DIMMs, and 1 TB memory capacity, as well as support for up to 24 NVMe drives, the HPE ProLiant DL385 Gen10 server delivers low cost virtual machines (VMs) with unprecedented security. Combined with a better balance of processor cores, memory and I/O makes the HPE ProLiant DL385 Gen10 the ideal choice for virtualization and memory-intensive workloads.