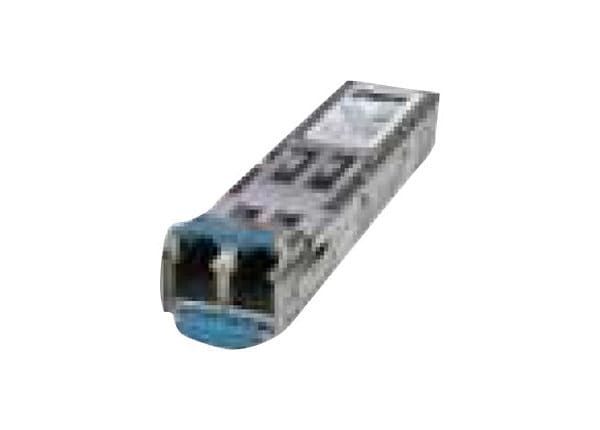 Main Features
The SFP transceiver module is a bidirectional device with a transmitter and receiver in the same physical package. The module interfaces to the network through a connector interface on the electrical ports and through an LC termination connector on the optical ports. Electrical interfaces and dimensions are defined in the SFF-8472 industry-standard multi-source agreement (MSA).

In the transmit direction, the SFP transceiver module receives the electrical signal and transmits this data in an optical signal by using a laser driver that controls the laser diode. The optical output power is held constant by an automatic power control circuit.

In the receive direction, the SFP transceiver module receives an NRZ optical signal and converts it to an electrical equivalent. The receive portion of the module will use some kind of amplifier to control the converted electrical signal.