Sign up for an in-stock notification before you go! We'll send a notification when this item is back in stock. 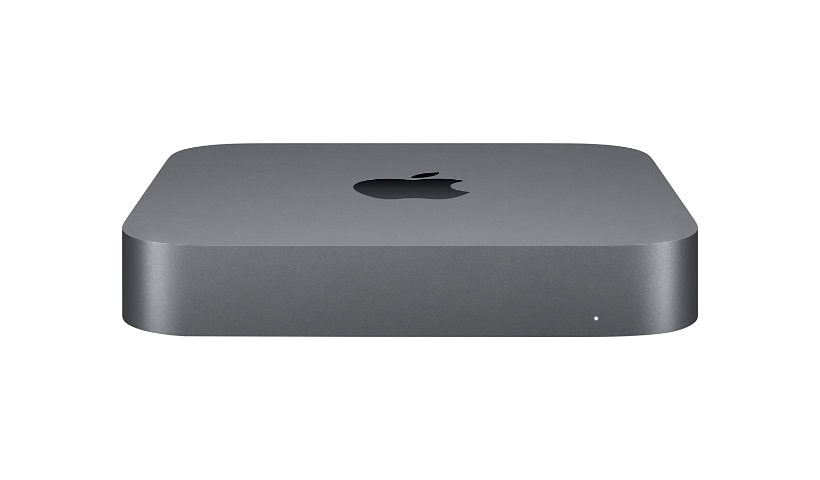 In addition to being a great desktop computer, Mac mini powers everything from home automation to giant render farms. And now Mac mini has even more compute power for industrial-grade tasks. So whether you're running a live concert sound engine or testing your latest iOS or iPadOS app, Mac mini is the shortest distance between a great idea and a great result.

Mac mini includes all-flash PCIe-based storage, with up to four times the read speeds of previous flash options. So you can load giant files and launch apps faster than ever.

With a variety of ports, Mac mini is ready for a variety of workflow configurations. Thunderbolt 3 is a powerful and versatile port - and Mac mini has four of them. The HDMI 2.0 port delivers more bandwidth than its predecessor, so you can enjoy faster frame rates.
Availability: Item Backordered
CDW cannot guarantee an in-stock date.
Need it now? View Similar Items