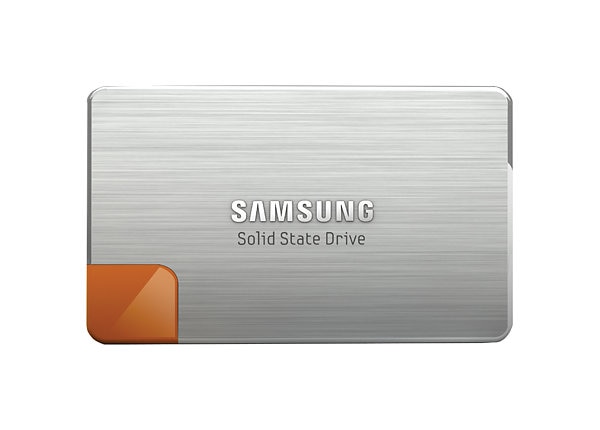 Main Features
Spend more time doing and less time waiting. Samsung Solid State Drives access data a lot faster than standard hard drives. This means less time for a computer to boot up or programs to launch. Data is available much quicker and overall response time is significantly improved. Samsung SSD drives have industry-leading performance of up to 250 MB/sec sequential read speed and 220 MB/sec sequential write speed which leads to computers booting up in as little as 15 seconds and programs opening up in seconds.

Samsung's Solid State Drive design has a look to match its performance. The sturdy brushed metal hard shell case protects from shock, dust and corrosion. Since there are no moving parts inside the drive, there is a greater reliability to protect data.

A Samsung SSD drive has no moving parts so it uses two-thirds less power than a typical hard drive. This adds an average of 30 minutes to a laptop's battery or decreases the amount of electricity needed to run a hard drive on a desktop computer.