Get Started with MacBook Laptops for Your Organization

CDW has the expertise and resources to
integrate MacBook Pro M1 laptops and other Apple products into your organization.

CDW can introduce you to new financing models and help you implement complete lifecycle management through leasing and buyback to reduce total cost.

CDW can educate your organization on how to support Apple products with existing deployment and training programs geared towards employees as well as IT.

CDW can help you set up Apple devices with management tools that automate, simplify and streamline deployment.

What are Apple
MacBook M1 Laptops?

Featuring the M1 system on a chip, Apple laptops uses different versions of the M1 processor for MacBook Air and MacBook Pro.

The Apple MacBook Air M1 is primarily for the consumer market, whereas Apple M1 MacBook Pro models are for professionals requiring superior processing capabilities. With a combination of new and old features, M1 MacBooks have brought back popular features like MagSafe charging and the Magic Keyboard.

M1 Processor on a Chip Family

Apple has taken a new approach to processor design. Rather than having separate chips for CPU, GPU and RAM, Apple combined these functions onto one large chip. Benefits include faster performance, better efficiency and reduced thermal demand.

The M1 processor has eight processor cores, seven or eight GPU cores and a 16-core neural engine for improved voice recognition and video and photo processing. The more powerful M1 Pro processor starts at eight CPU cores and 10 GPU cores, with an option for 12 CPU and 16 GPU cores. The MacBook Pro M1 MAX available on 16-inch MacBook Pros has a 10-core CPU, 32-core GPU and 16-core neural engine. RAM is now part of the chip as well.

Up to 18 Hour Battery Life with USB-C Charging

Apple M1 MacBooks can run for up to 18 hours on a single charge and all models have USC-C charging capabilities, while 14"- and 16" MacBook Pro M1 laptops have Apple's MagSafe charging connection.

Apple has reintroduced a version of the original Magic Keyboard that features a refined scissor action for a more tactile feel. Available in two versions, the Apple MacBook Air targets the pro-consumer market. It features a 13.3"Retina screen and a choice of two M1 processors. Memory options include 8GB and 16GB RAM and SSD capacities are from 256GB up to 2TB. The MacBook Air is only 0.63-inches high and weighs 2.8 pounds. Similar in specifications to the Air, the 13" MacBook Pro has a slightly larger case and an improved 13.3-inch Retina screen. It retains the Touch Bar and has a cooling fan, allowing users to get more out of the M1 processor. It weighs in at a slightly heavier 3.0 pounds. The 14" Apple MacBook Pro is aimed squarely at the professional market. Choose between two versions of the M1 Pro processor, 16GB or 32GB RAM and SSD sizes from 512GB to 8TB. This laptop features an improved Liquid Retina XDR display and has a six-speaker sound system. The 14" laptop weighs 3.5 pounds. The laptop features three Thunderbolt 4 ports, HDMI® and a MagSafe 3 charging port. The 16" Apple MacBook Pro has similar specifications to the 14" MacBook Pro, plus the option of the incredibly powerful M1 MAX processor that has 10 processor cores, a 32-core GPU and 64GB RAM. It has a 16" Liquid Retina XDR display with a maximum display resolution of 3456 x 2234 pixels.

We Get Apple Laptops

Research articles from the experts at CDW to help you on your journey to enterprise Apple capabilities or help you decide between purchasing an iPad or MacBook. 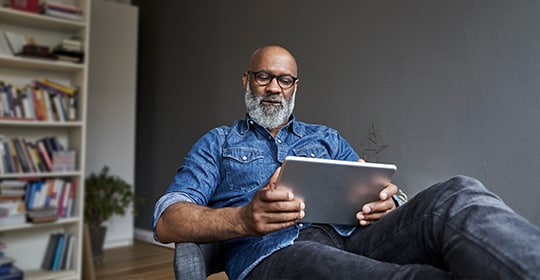 Mar 09, 2022 Software Apple and Cisco Can Help You Embrace Your Hybrid Place
article 20 min
Through our Apple and Cisco Solutions, CDW can deliver the hybrid experience your organization is looking for.
Show preview Hide preview
From 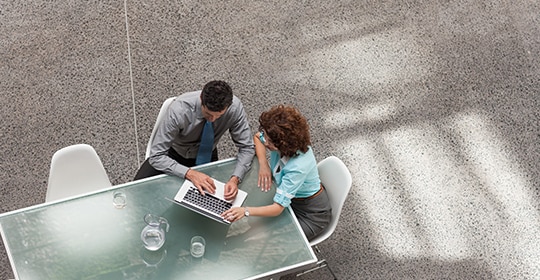 Mar 04, 2020 Hardware Laptop vs. Tablet: Which Device is Right for You?
article 8 min
Considering a new computer, but can't decide if a tablet or laptop is the better choice?
Show preview Hide preview
From

CDW
View All
View All